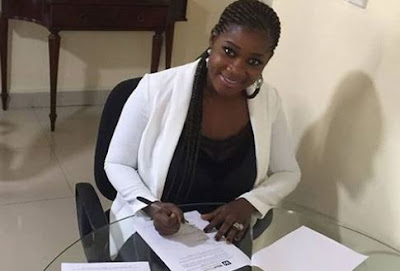 One will be right to say that the year 2018, has really been a good year for pretty Nollywood actress, Mercy Johnson Okojie, as she continues to break boundaries.

The actress just this year alone has bagged about two endorsement deals and more are still coming her as she also got a political appointment some months back with the governor of her state.

One of the latest deals she recently signed is with fast rising meal company, Gracia Planta Plantain Flour, which is set to take over the Nigerian market.

Mercy could not hold her smiles as she signed the deal which is worth some millions of naira. We will be right to say that these deals are coming her way base on the fact that God used her hubby to describe how good the actress is in the kitchen which makes him enjoy her meal more than eat food in fast food outlets.

The new deal will see the actress being the face of the company for some time which might see her extending the contract after its expiration. 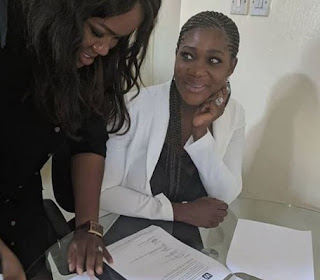 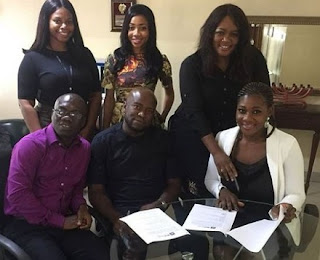